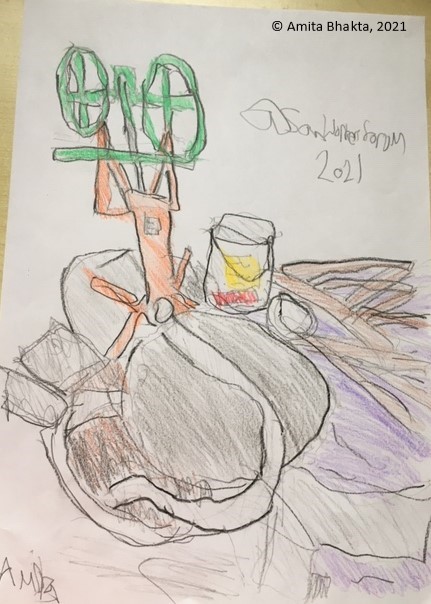 The third day of the Sanitation Workers Forum focussed on good practices in sanitation work and best ways to move forward.

Meghna Malhotra of the Urban Management Centre in India began the day with a workshop which discussed how  manual pit cleaning can be made a safer profession in low and middle-income countries. Representatives from the Ministry of Housing and Urban Affairs in India, SNV Zambia, Pan African Association of Sanitation Actors and IWK Malaysia joined the session for the panel discussion.

A ‘good practices’ in sanitation work workshop was opened and introduced by Kanika Singh of WaterAid India. The session provided some inspiring examples from India on how sanitation workers’ welfare can best be ensured. Meghna Malhotra of the Urban Management Centre introduced G. Mathivathanan, who shared the strides being taken forward to support sanitation workers at a state-level scale in Odisha through the ‘Garima’ scheme, meaning ‘dignity’. The successes of the scheme included the provision of health insurance for sanitation workers, financial assistance for housing and buying two-wheeled modes of transport, provision of personal protective equipment (PPE)  and the mechanisation of work, and free education for the children of sanitation workers. For meeting the personal hygiene needs of sanitation workers, Garima’s impact has extended to the creation of ‘Garima Grihas’, dedicated resting lounges incorporating . These successes provide insights into possible routes for replicating measures for sanitation worker welfare. After two days of presentations around the multitude of challenges of making sanitation work safe and dignified, the start of the third day of the conference began to shed light into potential routes for improvement.

G. Mathivathanan narrated the story of Babuli, a worker who ended up cleaning sewers due to generational discrimination, emphasising the role of caste-based discrimination as a barrier to a route out of manual scavenging. G. Mathivathanan summarised how so much of the life experiences of manual scavengers are hidden, and that “sanitation workers live invisible lives in our cities”. Due to the action of the state of Tamil Nadu to ensure access to PPE for workers including Babuli, routes are being identified to ensure the dignity of sanitation workers, with hopes that lessons can be learned from the state to scale up the provision of these measures across India and beyond.

Manvita Baradi called for the need for targeted training for stakeholders ranging from sanitation workers themselves, urban local bodies, enumerators and contractors to ensure sanitation worker safety, particularly for those who cannot access formal training. Training in the classroom is often ineffective. Yet lessons can be learned from established dedicated training institutions, such as the Odisha Water Academy, where techniques such as ‘man-made’ septic tanks in the form of large transparent columns are used for workers to gain experience whilst wearing PPE, ultimately leading to their certification as Sewer Entry Professionals. This support was extended to families, through the DRISHYA scheme which is piloting community hubs for sanitation worker communities which provides counselling for children and parents to ensure that children’s education can continue and to break the intergenerational poverty cycle that persists. Reflecting on the actions being taken in Cuttack and Berhampur to reach up to 600 children, Manvita added, “You can see the dedication of the government through this to take this forward”. Successes were noted when the National Skill Development Corporation became involved in the programme, creating formal training schemes for septic tank technicians, faecal sludge treatment plant operation and maintenance technicians, and desludging operators. The work of the corporation shedded light on key lessons to be learned for the formalisation of sanitation work.  Standardisation of existing PPE for tall people was also an issue being faced, with people not willing to wear it as it is not the right size or material.

Meghna Malhotra’s closing remarks captured the essence of the challenges which exist, as despite the presence of laws and policies, “people are not recognising that manual scavenging is there”. Ongoing work with organisations such as the Tamil Nadu Urban Sanitation Support Programme (TNUSSP), is seeking to understand effective ways forward to implement these  policies and laws to safeguard the rights, safety and wellbeing of sanitation workers.

Our final keynote speaker for the forum, Mary James Gill of Centre for Law and Justice Pakistan, left attendees in awe with her striking and eloquent talk on the everyday realities of sanitation work in Pakistan, documented in the seminal ‘Shame and Stigma’ reports. Mary reflected on the intersections of caste and religion in this work in Pakistan, with the vast majority involved in this work being Christian. As Mary remarked, being a Christian in Pakistan may mean “cleaning up other people’s urine for the rest of your lives.” The discrimination faced by these workers is severe (Mary shared a story about a sanitation worker who had died recently, after being refused treatment in hospital).

Mary and colleagues have worked tirelessly over the last years to raise awareness, and change the narrative around these workers and this work. This included forming the nationwide ‘Sweepers are Superheroes’ campaign to highlight the plight and essential role that these workers play, and the abhorrent treatment they face by employers and wider society. Mary mentioned about using legal tools to improve the situation for sanitation workers, with a challenge in the supreme court on the discriminatory treatment of Christians (it is still common to see “only Christians or non-Muslims need apply” on sanitary job postings). Our keynote speaker also reflected on the absence of data on sanitation workers in Pakistan. Whilst there are many key learnings from India, including from Bezwada Wilson at Safai Karmachari Andolan, very little is known about this work in Pakistan and its unique history and religious intersections. Whilst significant challenges remain, Mary reflected on the positive force of social media, news articles and photographs and the ‘Sweepers are Superheroes’ campaign since 2019 in changing public perceptions and making people realise who exactly cleans other peoples filth. Mary advocated for an approach that recognises these workers as humans who deserve dignity, appropriate (high) pay for what they do, work benefits and protections. These protections are currently lacking in Pakistan, with no state policy to protect workers (rather, official policy reinforces the hiring of religious minorities). Mary thanked the forum and international partners, including WaterAid and the Initiative for Sanitation Workers for creating such platforms to share this work, and urged us to recognise the local context and knowledge base that is being built on this important issue in Pakistan itself.

Looking Deeper: A Research Agenda to Advance the Health, Safety and Dignity of Sanitation Workers

In conversation with Dr Bhakta

In a pre-recorded conversation, Dr Amita Bhakta discussed the importance of an intersectional approach to sanitation work centring on worker priorities and lived realities, and cross-fertilisation between disciplines and sectors to raise the profile of sanitation workers globally.

Key takeaways of the third day

Whilst sanitation workers may be perceived as invisible, action needs to be taken to ensure that their work is dignified. Recognising sanitation workers and giving them the protections and benefits they are entitled to should be a priority moving forward.